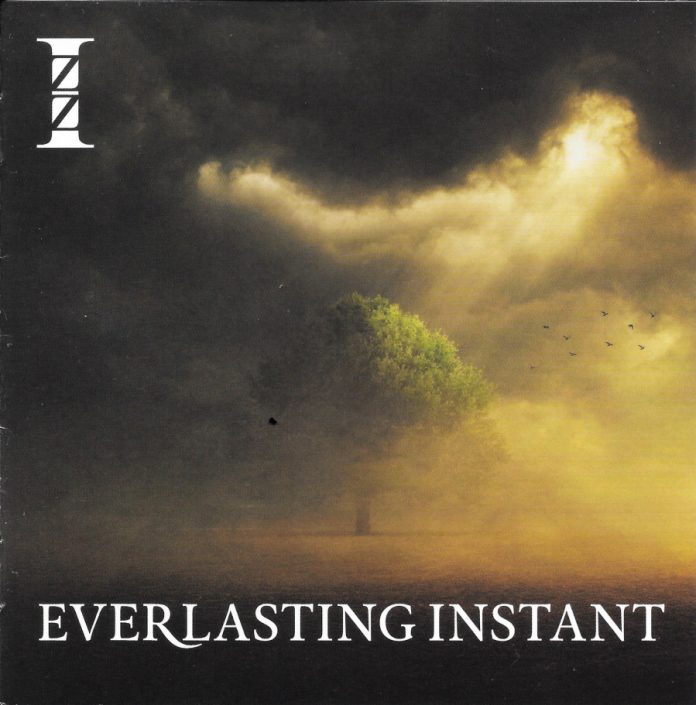 From the desk of Gary “Uncle G” Brown. Regarding: IZZ – Everlasting Instant (2015)

I would have liked to have known about this band sooner. From what I read they have an interesting back catalog. One that receives daily praise from fans and reviewers alike.

IZZ is an American prog-rock group that comes out of the great state of New York. Founded by brothers John and Tom Galgano. Their interest in progressive rock motivated them to find other like-minded musicians, and start a band. The name of which was inspired by a player of the New York Mets baseball team. IZZ’s first release entitled Silver Of A Sun came out in 1998. Since that time they released a handful of studio albums, with their newest, Everlasting Instant, coming out this past April. A final installment of a three-part series of concept albums that began with The Darkened Room in 2009, and continued with Crush Of The Night, back in 2012.

My introduction to IZZ is this album; Everlasting Instant. I first put it on and heard for almost the first minute, vocals that were accompanied by some nice lite keyboard work. I’m thinking to myself that maybe it’s too mellow for me to spend that much time on. I only tend to review the music I like. Too soft, and I’m bored quickly. Then the music builds up, and the rest of the band joins in. The first two tracks, Own The Mystery, and an instrumental entitled; Every Minute. Those two songs made me press the repeat button and also impressed me enough to spend this last week, listening to the whole CD. Sincerely said, a pleasant experience. Played it while driving, and while keeping busy around the house. Contains outstanding instrumentation. Each instrument one hears throughout the album, has its stand-out moments, especially the keyboards. This is a prog-rock band after all. Contains a good representation of each of the seven members. What I consider a modern prog-rock band, that include vocals/lyrics that add to the overall sound, and don’t distract.

Rating: Using the one to a five-star rating system, whereas one star means it’s simply dreadful, to five stars which means it’s cool to spend your hard-earned money on, Uncle G gives IZZ – Everlasting Instant … 5 stars! Songs are well-composed. Overall IZZ has a nice mature sound while remembering they are a rock band. Comes from being experienced players. The CD is paced well. Word around the internet is that IZZ is a must-see band in concert. Hope they make their way around while I am. Would love to find out for myself.