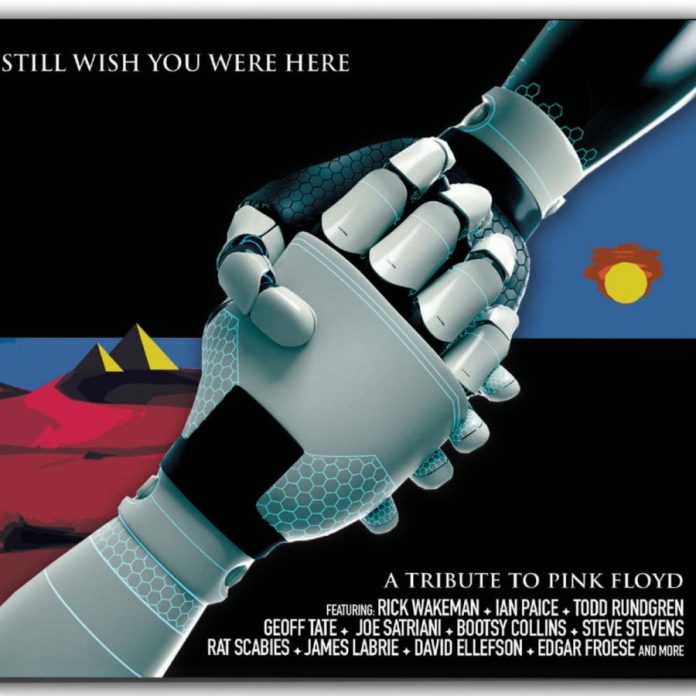 The opening notes can’t be any more important. Within the first seven seconds, you and I the listener will have already made our first impression. I have a good pair of headphones that I am using to help these older ears hear these carefully crafted sounds better. Ones that will make up a favorite rock album of mine. A reminder of my youth. Let’s say it would be included for sure, in a Top One Hundred List, if I was to actually have one.

I first purchased, Pink Floyd – Wish You Were Here, on wax when it was first released. You see, by the age of 14, in the year 1975, I was already a loyal Pink Floyd fan. Over four decades later, it would not be a stretch for me to say that I pretty much know, this ninth studio album by the group, by heart.

Ladies and Gentlemen, Still Wish You Were Here – A Tribute To Pink Floyd, amazes me with each and every listen. As the original did, of course. Here is a new, crisp, and spot-on version. And as much as Roger Waters likes to be a Debbie Downer about a lot of shit, himself and the remaining living members of the four-man English Rock group, should approve of this perfectly created tribute; cover album. Let me elaborate some more.

The previous studio album the band Pink Floyd released before 1975s Wish You Were Here, was 1973s Dark Side Of The Moon. Ever hear of it? One of the biggest selling rock albums, ever! This explains a little of the lyrical content that Mr. Waters authored, on this follow-up. Musically, the man is very good at what he does. His creation, half of Wish You Were Here, Roger is sad and is reflecting on a lost friend (I assume). That’s all having to do with his now ex-bandmate; Syd Barrett. Mentally and phycially, the man wasn’t himself anymore. None of it was good. And then the other half, Roger is more angered than anything. Two songs about the music business, containing very witty and insightful lyrics that burnt insider bridges, I’m sure.

The album, Pink Floyd – Wish You Were Here, produced by the band, is five songs that when playing the album start to finish, clocks in at a tad over 44 minutes. Cleopatra Records ‘Still Wish You Were Here – A Tribute to Pink Floyd’, is loyal to the original recording yet can stand on its own as a powerful recreation of a true rock n’ roll masterpiece.

Meanwhile, at the gym…

I arrive at a chain-excercise establishment up the road. They have the word ‘fitness’ in their name. I do a lite-workout, a few times a week. I like the exercise bikes they have and then a few weight machines. On average, I spend around 45 minutes a visit. Includes a little walking. Sometimes I have a lite cannabis buzz, and other times I’m zipping around on 5-Hour Energy. At all times in full control of my faculties, and trying seriously to not hurt myself, any more than I already am, in the process.

Now, I’ve been doing this gym thing since around the year, 2015. From high school till then, I successfully avoided it. Before that, I worked a couple of jobs at a time usually (full-time and part-time), and also maintained an active sex life. Why bother? Some things have changed since then. For example, I’m now older and have not worked a full-time job in a decade.

While at the place of physical activity, I look around at all the others. Different ages and a very diverse crowd. Not far away from me, I can see a females buttcrack. I’m old enough to be her daddy. She may want me to be? Makes me smile. I have a mask on, so no one can see it. I look in another direction and here is this fit-looking D-chested lady, bending over and showing me all the way to China. I felt a little combelled to open my wallet and give her a few bucks for the peep, but instead I just kept walking. I go to the gym so I can be fit and healthy.

I also observe that most of these adult people have earpods/airpods on, and or wireless headphones. My roommate had given me a cool pair of one of those, not that long ago. I never did that before; rock out and completely ignore all around me, while focusing on the music and what I’m doing, while at the gym. Today I will. I have it all ready for when I walk in and are ready to begin, the new album: Still Wish You Were Here – A Tribute To Pink Floyd. Brought to us by Cleopatra Records. I got a reviewer’s digital copy. I suggest getting any and all formats. The packaging looks so very…Pink Floyd. As it should! A side-story. I have a good friend who put out a CD back in the 1990s and used a not-finished painting of Syd Barretts on the cover. Cool with Syd’s family and all that. The music did it justice. Same thing here. Pink Floyd was theater for the mind, in which both audio and visuals were used to present a final stimulating product. A fine job in the recreation here.

I press the play button. Headphones are secure. Doing spins in front of a row of TVs, I hear the opening notes. A tad different. Grabs you, as it should. Not my first listen. When received I played a few times in its entirety, and then gave it a few days to sink in what I heard. I tend to do that, a lot. I imagine that the music wasn’t rushed when made, so then why should my write-up be?

The flute heard at the beginning of the first track, Shine On You Crazy Diamond (Parts I-IV) is that of Mel Collins. A lot of music fans know him from his work with, King Crimson. Plays with feeling! The rest of the cast knowns their parts, inside out. Geoff Downes gives a performance that any long-time Pink Floyd fan would be amazed, hearing. Pink Floyd’s Richard Wright, was after all a genius of the keys. Geoff plays with respect and zeal for what Richard played. Together with the incredibly talented guitarist Steve Hackett, Sons Of Apollo bass player Billy Sheehan, and singer Geoff Tate, they give new life to a masterpiece devoted to that a co-founder of Pink Floyd, Syd Barrett (RIP). Co-founding member of Deep Purple, drummer Ian Paice, plays on both the opening and closing parts. Perfect!

Welcome To The Machine is crazy-incredible. That is what the kids of today would say if digging on something? It’s a FUN rendition. Each performance by the three musicians, worth focusing on. AWEsome jell!

If you like this song, Welcome To The Machine, then this cover is an excellent demonstration of what a cover song should be. That is that it contains enough of the original that the listener recognizes it, and then from there can not only impress by being able to play it but able to give it a little originality. Make the song, your own. Three outstanding professional musicians, kick-ass here. For a bit one can hear Mr. Rick Wakeman sounding similar to how he did on the Yes classic; Awaken (from Yes – Going for the One). Wow! Rick owns this song! But wait! Lately guitarist Todd Rundgren has had a string of cool songs that he’s been doing on albums like this lately. Also a masterful vocalist (multi-instrumentalist_producer_songwriter_showman). Here, the vocals sounds the way they are intended. And then a guy who played bass for the best of the best; Tony Levin. Tony shines here as well. As I found with the first track, this tribute rocks a bit harder. Tony and the previously mentioned other two, know how to do that, very well. Nothing too drastic. Some new sounds/tones. A harder 21st-century interpitation. Extremely well done! Worth saying…all three men are in their seventies. Outstanding! Carry on, gentelmen.

The singer from metal-prog giants Dream Theater, James LaBrie, puts a solid bite into the third track; Have A Cigar. A good-sounding band feeling in the beginning, that keeps going throughout. The standout is the guitar work by Steve Stevens, but believe me, all involved play each note/chords as if playing them their whole life.

The same could be said for the fourth track, Wish you Were Here. Not an exact copy. A nice updated version. On guitar is Joe Satriani.

This leads to the closing number, Shine On You Crazy Diamond (Parts IV – IX), which deserves an award; best track! As much as I loveThe jazzy closing and the harder-rocking opening sealed the deal for me. Joining Ian Paice are Rod Argent (singer), Steve Hillage (guitar), and Bootsy Collins (bass).

Using a one to a five-star rating system, in which one star means it blows to five stars in which would mean it grows, Uncle G rates this must hear and must have Pink Floyd cover album, Still Wish You Were Here – A Tribute To Pink Floyd…5 stars! A real treasure written by Roger Waters, and given its all by the rest of the musicians involved. All these years later and it didn’t age much. This version, like an old car, given some TLC, it STILL to this day, performs to peak perfection.

Oh, as if perfectly timed, I completed my workout just as the last notes were played; Shine On You Crazy Diamond (Parts IV – IX).

Note: I have a press release. No real informitive credits. Send me an email if I goofed up here, somewhere, and I’ll correct that. 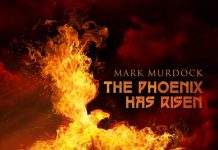